Why your internet is rubbish 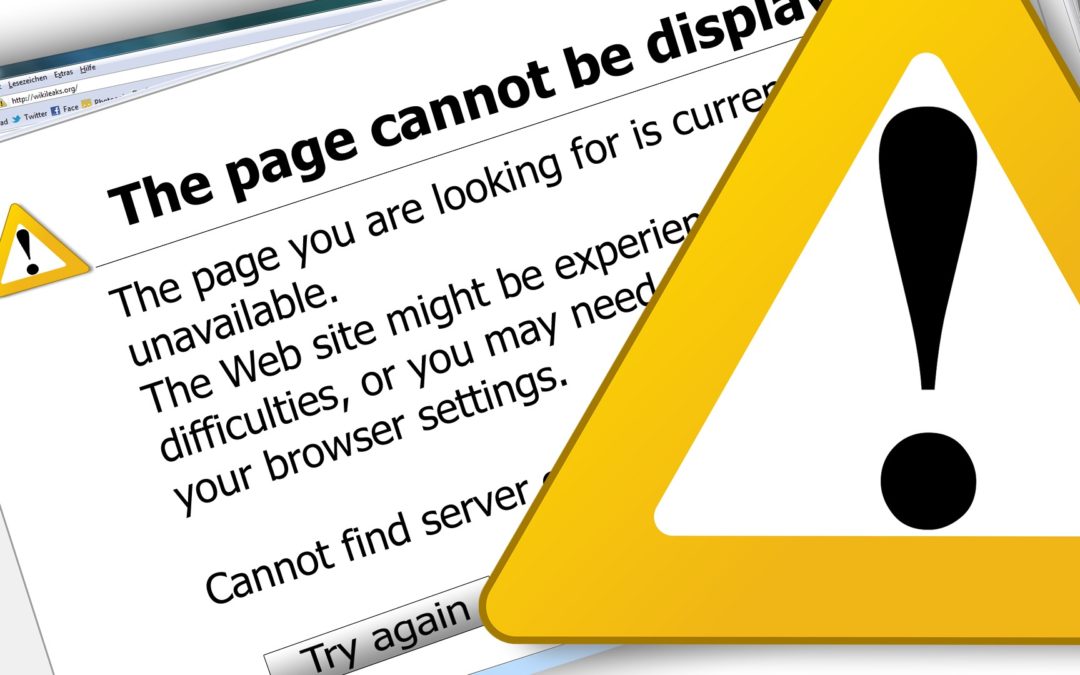 In my world there are comments that you see all the time, these include:

I am going to give you a shocking piece of information here. The reason your internet is slow, is usually absolutely nothing to do with your actual internet provider! Now don’t get me wrong, over the years I have had some horrible experiences where it is actually the internet that is at fault. I had one where my connection dropped every 8-15 minutes, I had another where the speed was stuck at 512kbps, when the line was a capable of a mind blowing 2mbps (It was a few years back now). These were all issues with the ISP and it required me to work with them to get them fixed, which is fine, it takes a bit of time and then usually, everything was hunky-dory again.

Outside of these kinds of faults, you will usually find that the issue you are facing, is probably not caused by a fault with your ISP.

Who recognises these things?

Okay, probably nobody recognises this exact bit of kit. It was really tricky finding a picture of one of these that doesn’t have an ISP branding on it. Not that I don’t want to mention any ISP’s, I just don’t want to be sued if an ISP see’s this post and isn’t very happy, I digress.

This is what your ISP will call a “Router”. They will usually come free with your broadband and they are the devices that you connect to your phone line, ONT (Optical Network Termination point, this is for Fiber to the premises) or Coaxial. It then allows you to connect to it, usually using WiFi and browse the internet, lovely stuff.

Unfortunately, these boxes are, well, a bit of a jack of all trades, master of none. The reason I say this is that these devices in many cases are actually doing multiple tasks all at the same time, and all not quite as well as they could be.

I’ll break it down, if we take a standard Fiber broadband router that you will get from most ISP’s, you know the ones, you’ve probably got 80mbps download, 20mbps upload, the router they provide you will contain the following:

When you look at enterprise networking, all of these devices are usually separate and much larger than the one combined little box you get from your ISP. This is where the problem lies. When you have all of these devices in 1 small router, that router will usually have 1 processor (The bit that does all the logic) and a limited amount of memory (the bit that holds the info). If that processor and memory are being used by 3 different things, that will naturally limit the amount that each one of these things can do.

So what takes the hit on this? Well, every part of the router, but the one we usually notice is the one thing we use most – WiFi. WiFi in itself is fairly terrible anyway, especially now that every home has WiFi, we all have multiple WiFi devices and they are all trying to use it at the same time.

To understand why WiFi as a whole is pretty poor, you have to understand how it works. Now I’m not going to go into too much depth as all it will do is send you off to sleep but a good way to explain it is a bunch of people shouting. You have an access point that basically shouts out the information. All the devices around it will hear it but unless the device is interested in what its saying, it listens but doesn’t do anything with it. When the correct devices hears the message, it will shout something back, all devices will hear it but only the access point is interested, make sense?

Now this is okay when there are only a few devices, but when you have loads around, each device will be trying to shout at the same time. Now imagine there are many different access points also all shouting at the same time, there would be a stage where you can no longer hear anything. This is in very simple terms what happens with WiFi. There are now so many devices that are trying to talk all the time, everything is congested. You can deal with congestion using things such as retries, but that takes processing power (mentioned above). The device from your ISP has a shared processor. It is also trying to juggle a number of other things, internet traffic, IP addressing, wired routing etc etc. Just think, if you tried to listen, talk, juggle and direct people all at the same time, you would struggle. The same is true with your router.

So how do you get around this? Well its simple, you either make it quieter by getting rid of devices, and lets be honest you don’t want to do that, I certainly don’t or you take the job away from the ISP router and add more ears.

Now just to make things clear, this is a very high level overview and there are many many options how to do this, but this is the solution that I deployed most recently.

Here it is. This is a Wireless Access point, more specifically a UAP-AC-Pro from a company called Ubiquiti. I love this company as the kit they provide at the price point is nearly unbeatable. Don’t get me wrong there are plenty of alternatives, many very good, but these are the ones I like. I will be honest, its probably because of the fancy dashboard you get with it, but that is just my geeky side coming out.

So what do you do with this all fixing bit of kit. Well simply you use it to replace the WiFi provided by your ISP’s router. I know what you’re thinking now, so basically you said WiFi is rubbish, you’re now saying replace my WiFi with more WiFi and it wont be rubbish, sounds like a load of rubbish. I can understand your reservations but hear me out.

The first thing to think about is that these devices are there to provide WiFi, that is literally all they do. If you plugged these into your phone line, they would do nothing, if you only had one of these, nothing would work, if you left it in your kitchen, it wouldn’t make you dinner… You get my point.

Now, as strange as it sounds this is a really good thing. It means this device was designed and built to do that one thing really well. Unlike the Jack of all trades Router from your ISP, it only does WiFi. That means the shape is built for the best antenna placement, the software is built to focus all resource on WiFi, the processor is only there to do WiFi, that means it can handle much more than your standard router.

Not only that, you can put more of these around your home and they will still do one thing, provide WiFi. You can place these tactically around your home to make sure they are in close range to the devices that need them, so when they all shout they can hear each other over the noise. I have a very busy home, at the time of writing I have, well a lot of devices.

Most of these devices are attached to only 1 of these access points and I have absolutely no issue with speed of my internet. Now don’t get me wrong, WiFi will never be as fast as hardwired (its not possible), but even with the 46 wireless devices on the network, all sending traffic all the time, if I do a performance test I can easily get 250mbps over the WiFi anywhere in the house, which is probably much faster than the broadband you have.

When I decided to separate my network from my ISP router to my own devices, my network improved dramatically. It is very rare (unless I break something) I ever have an issue with my network. I currently run numerous live services directly off my connection that is used by my clients and I have not yet had a report of issues. Its not the cheapest way to do things by any means, but its something you can carry with you for years to come. The setup I have has ran non stop for 2 years and still does more than I need it to.

If this is something you want to look into, there are resources all over the internet that can help you get started. Or if you need some help and advice, get in touch and we can talk it through.